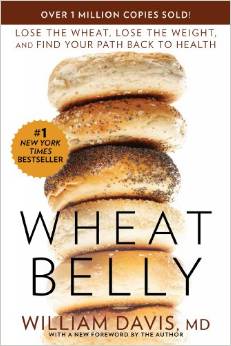 So my doctor had prescribed some medication for my cholesterol and I was bound and determined to NOT take those pills.

I had several reasons I didn’t want to take them.

I was way too young to be taking meds like that.  I had friends already on blood pressure medications and I didn’t want to be the next casualty of health.

There were SEVERAL reasons I didn’t want to begin taking medications.

So my good friend Shelly had recently lost a TON of weight!  I never really thought she was that heavy to begin with but after seeing her transformation I was in utter amazement.

She was a cute little half Asian chick.  A little extra weight I guess you could say but what would be considered totally normal for a girl in her 30’s.  I would have never looked at her and thought “man, she needs to lose some weight!”

So anyway, I inquired to her about what she’d been doing to lose all that extra skin.  She told me “PALEO DUDE!”.

I was puzzled to say the least.  So I went home and began googling about Paleo.  That was nearly 10 years ago so information was fewer and further between back then.  I sifted through some info and began to see conflicting reports of just what foods were Paleo and what wasn’t.  At the end of the day I think you have to make your own best judgement and what works best for you.

But I will say that all the variations of “Paleo” there were a few basic underlying themes.  Grains and legumes are a BIG NO NO!

So I began studying books and reading as much as I possibly could to learn about this new way of thinking about food.  My mom had a book called Wheat Belly and I knew it had some Paleo terms in it so I decided to give it a crack and I was amazed at the info I came across inside the pages.

It appeared to me as though everything the food pyramid had been telling us for years was COMPLETELY wrong!  Wheat seemed to be the root of all evil and other grains were equally as bad.

Wheat and grains in general are wreaking havoc on our bodies and our immune systems.  Causing inflammation and thus leading to disease such as Alzheimers, high cholesterol, anxiety, depression, diabetes and fat storage!

I learned that our bodies fight this inflammation by storing fat and adding fat cells to our bodies.  It was all beginning to make sense and I knew I had to take unconventional measures and see if this would have any effect on my blood cholesterol levels.

In digging deeper into other books about paleo and optimum health I discovered that wheat can alter the natural gut bacteria flora.  This change in gut flora can also cause all sorts of negative health issues.

This was what probably got my attention the most.  I realized that those whole grain pieces of toast with “all natural” peanut butter on top every morning was quite possibly causing some of my cholesterol issues.

I read that the altered gut bacteria and the prevailing flora associated with people who consume wheat on a regular basis can have a negative effect on a person’s blood cholesterol levels. They can both affect the LDL and HDL readings.

Here all this time I thought my whole grains were supposed to help my cholesterol.  Never in a million years did i dream that the wheat and legumes could alter my gut bacteria in such a manner that it would essentially effect me in several other areas of my health.

I had battled anxiety and depression for most of my adult life.  I began to question if maybe my diet  could be the culprit.  It had never crossed my mind before but the more I read and the more research I studied the more the signs pointed to me needing to at least give this philosophy a thought.

I gave it more than a thought.  I began buying Paleo books and started learning how to rethink food.  Rethink the way I thought about food.  I began to question what food really was and why were we lead to believe that these foods were ever edible?  That’s where some of the food history things come into play and I don’t have the time nor energy to go into that here…maybe in another post but not here.

So I had to totally change the way I ate.  I mean I thought every meal was supposed to come between two slices of bread.  Fortunately I was never really a big bread addict so the adjustment for the bread side of things wasn’t all that difficult.  I’d just have to eat my peanut butter on a banana every morning now.  Wait?  You can eat bananas??

Ok great I can eat bananas again without feeling guilty but i cannot eat peanut butter.  I thought PB was supposed to be good for us in moderation.  According to modern science it has a negative effect on our digestive system.  Peanuts are not a nut at all but are legumes and legumes are ANOTHER big giant no no on the Paleo plan.

So I discovered almond butter.  Not a perfect food by any stretch of the imagination but certainly better for optimum health than peanut butter from what I’m learning along the way.

So I learned a few things I must change IMMEDIATELY!

Does that limit the American diet enough?  lol  Anyone should certainly lose weight because they’ll have absolutely NOTHING left to eat on this plan!!

But I knew what my finsdings were saying were true.  None of these foods were ever really intended for human consumption in the first place so why would I put them in my body?

I also realized the changeover was going to be a challenge.  For many reasons and not just myself adapting to the change.  Informing my mother that I wouldn’t be eating her mashed potatoes or cornbread.  Telling my friends no thanks when they offered me a beer.

Changes were abound.  Some easier than others but I knew it was something that made a lot of common sense to me…not just scientifically.  So I took the Paleo leap and began clearing out my cabinets….